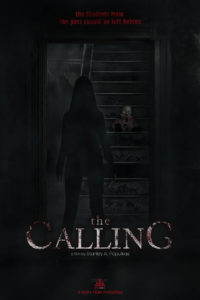 They tormented her in life, and they continue to do so even in death. More than twenty years later, Joanna Ryan, the woman who can touch her dreams, cannot escape the cruelty unleashed by her parents. After years of medical and scientific research, experts determine Joanna Ryan has retrocognitive abilities and is receiving transmissions from her dead mother and father. Joanna determines the message she is receiving is a calling, calling her back to the house she once lived as a child.

Joanna arrives at the abandoned Ryan Mansion. Except for one small bedroom that remains untouched and unaffected by time, the home has been an object for vandalism. Some of the town’s people blame her; some blame her parents and some even blame the house for the evil that has engulfed their community.

Joanna meets Police Officer Pensky, who tells her he believes her father staged the automobile accident to cover up the murder of his wife. He believes Joanna’s father is still alive. But where is he? Is he hiding in the house after all these years?

Joanna no longer needs to sleep to see the images. As though she has entered through a time shift, she becomes an active participant in them. She helplessly watches the sexual abuse her mother endured from her father. She is a witness to the many arguments that left her mother in tears. All the visions confirm what her Uncle Jim told her about her mother and father and how cruel her parents they had been to her.

Joanna is about to discover the revelation of her existence, the truth behind her psychic abilities, and what really happened  twenty years ago and she will finally come face to face with the man they all called Junior.